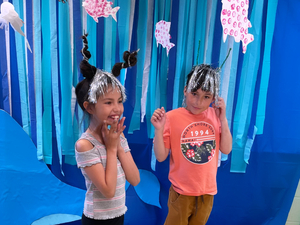 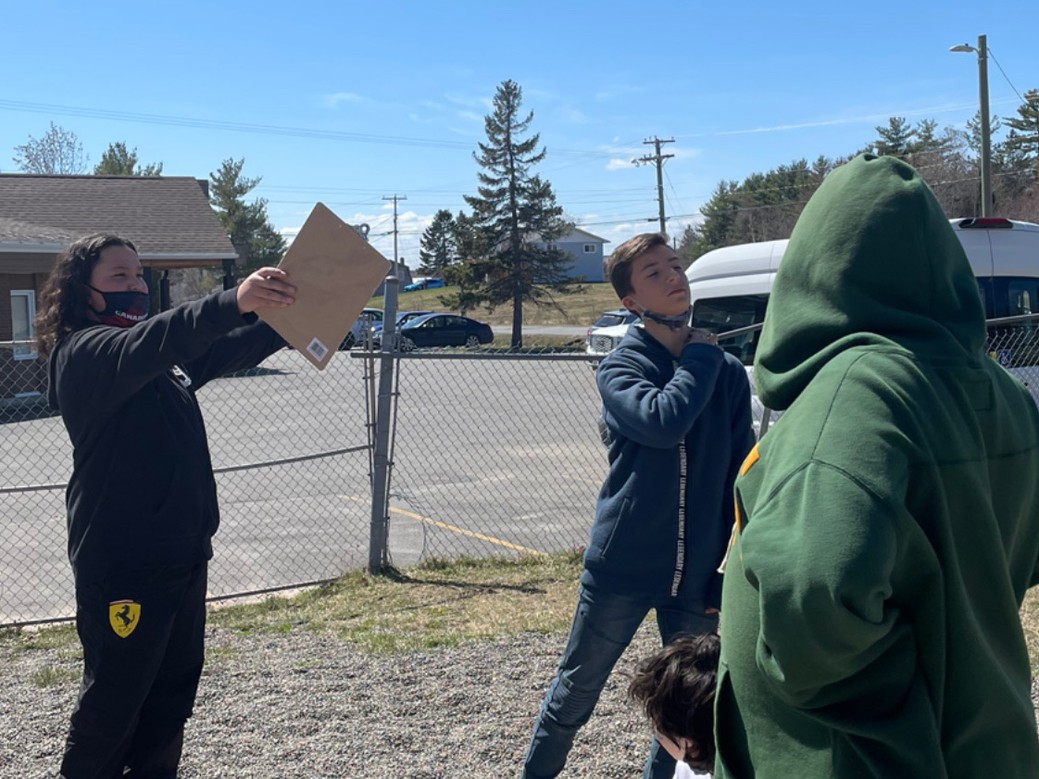 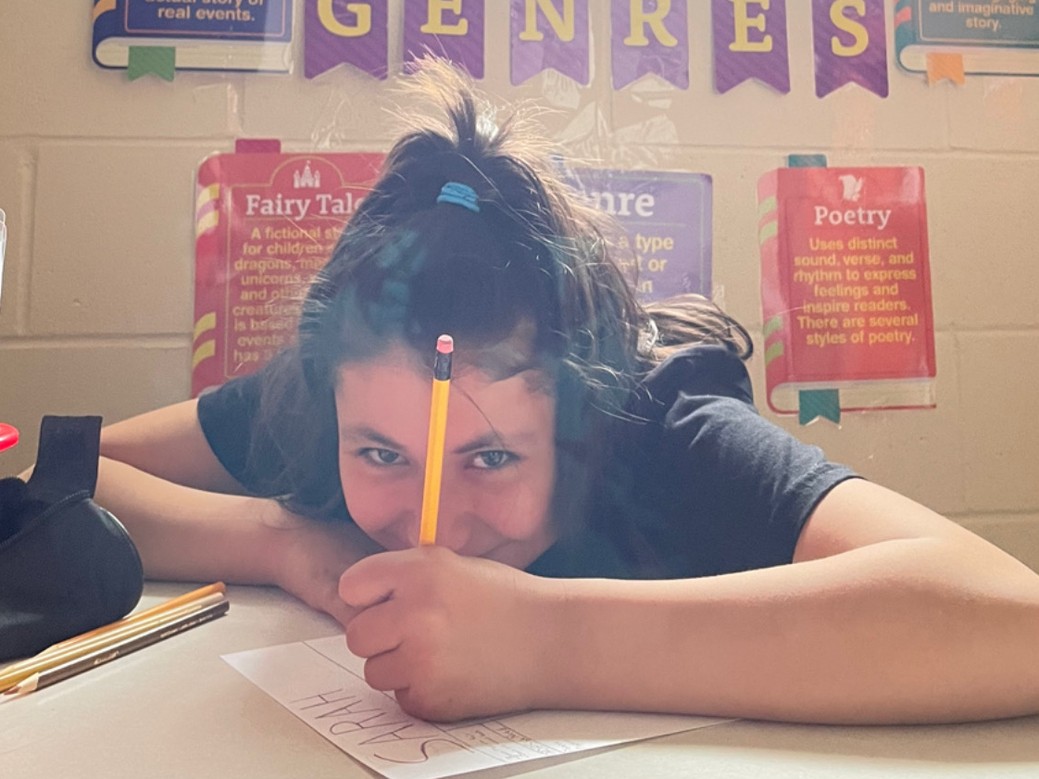 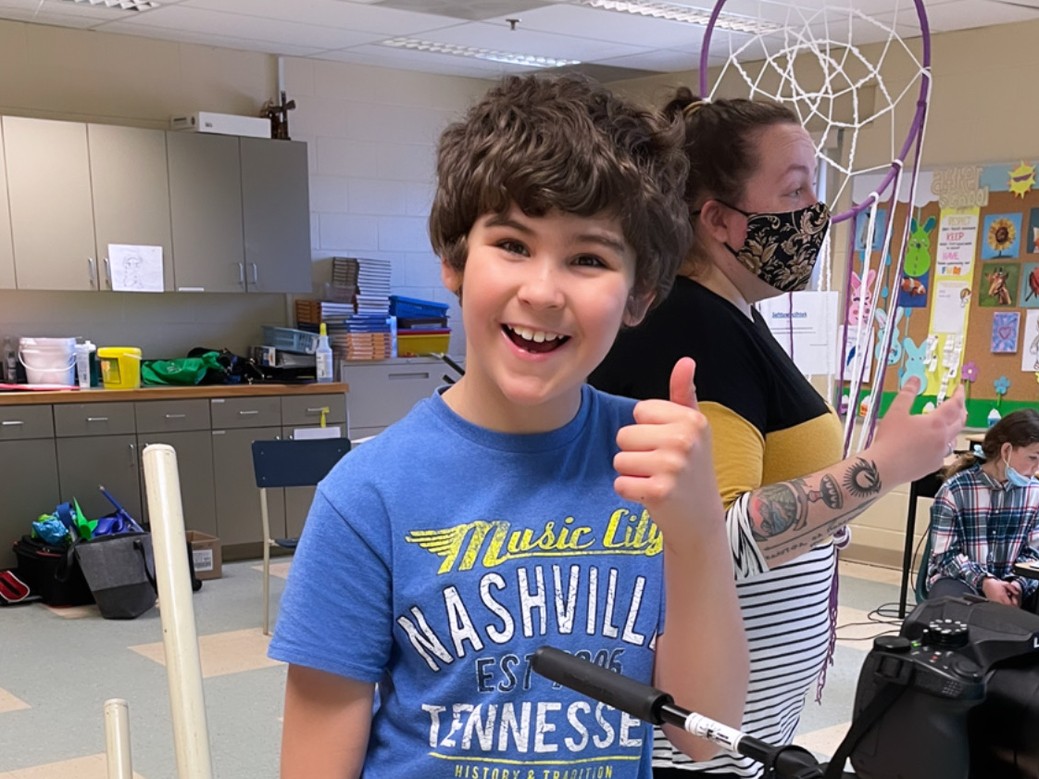 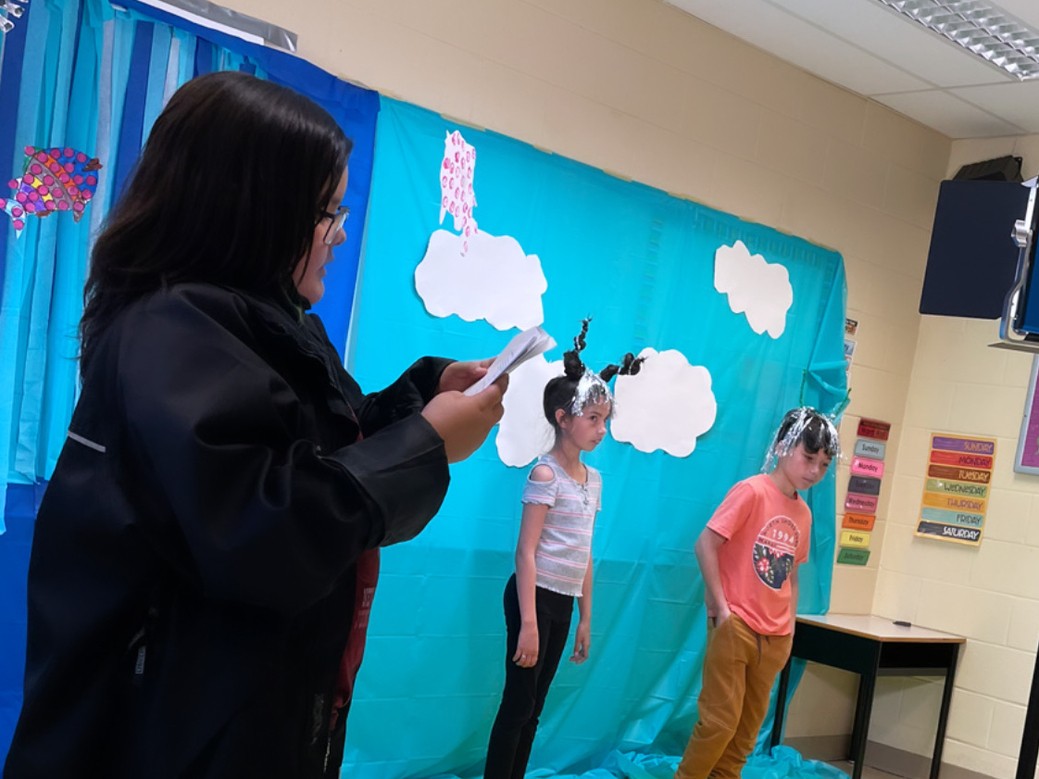 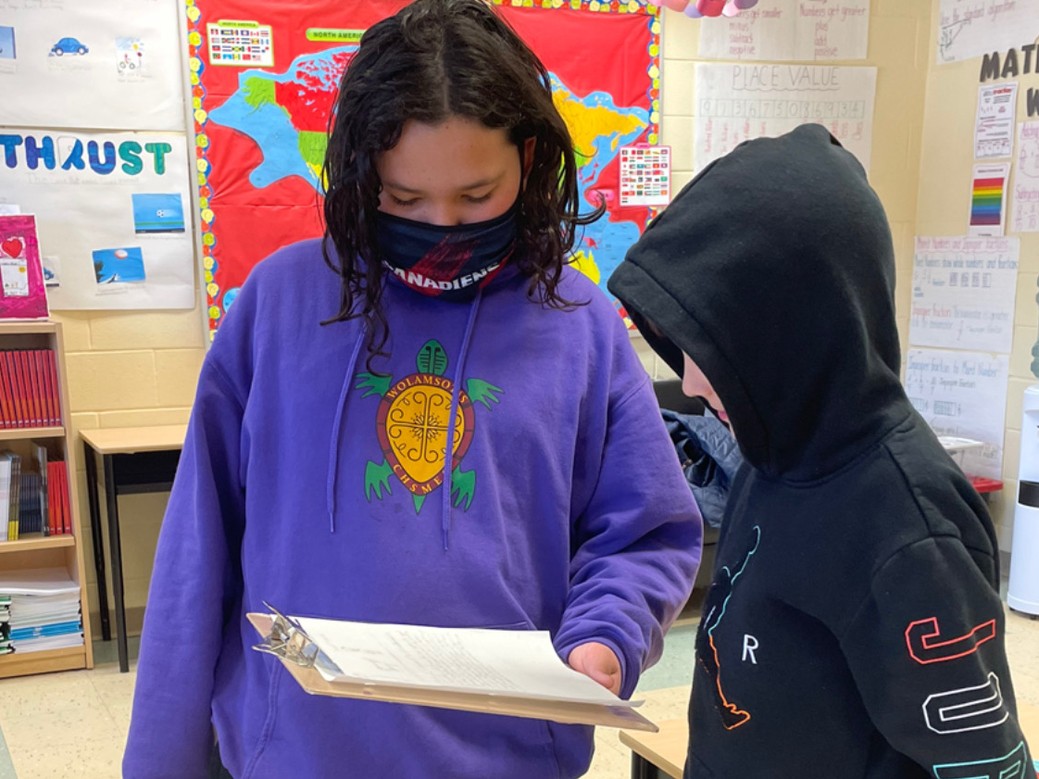 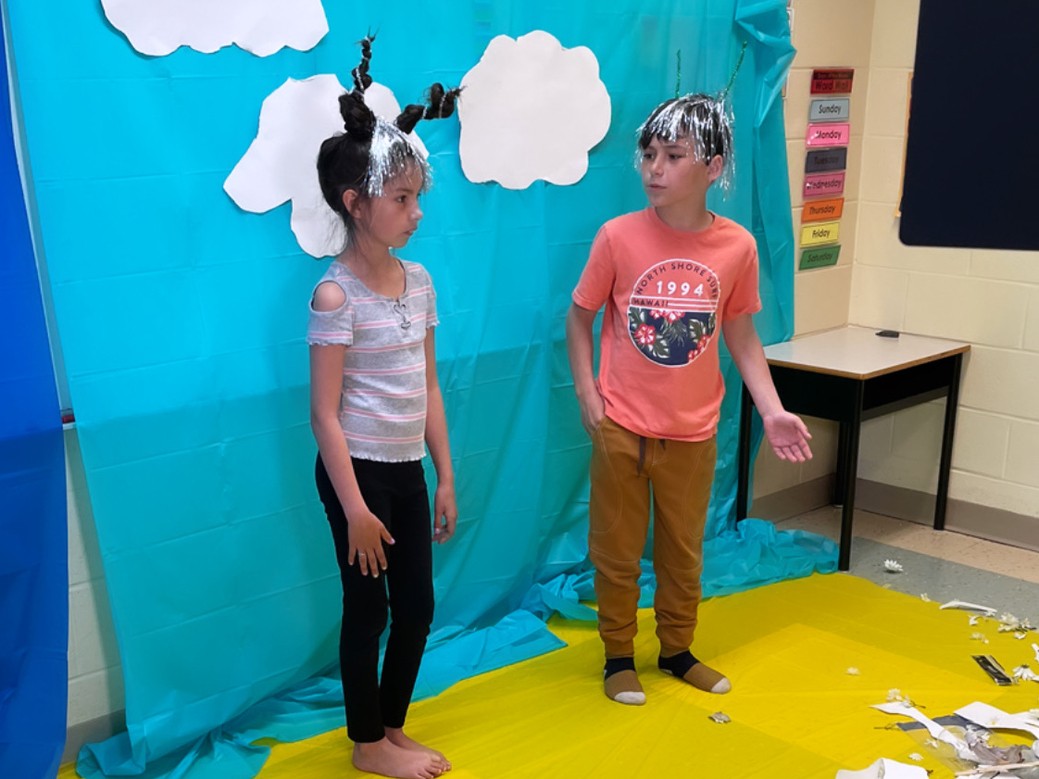 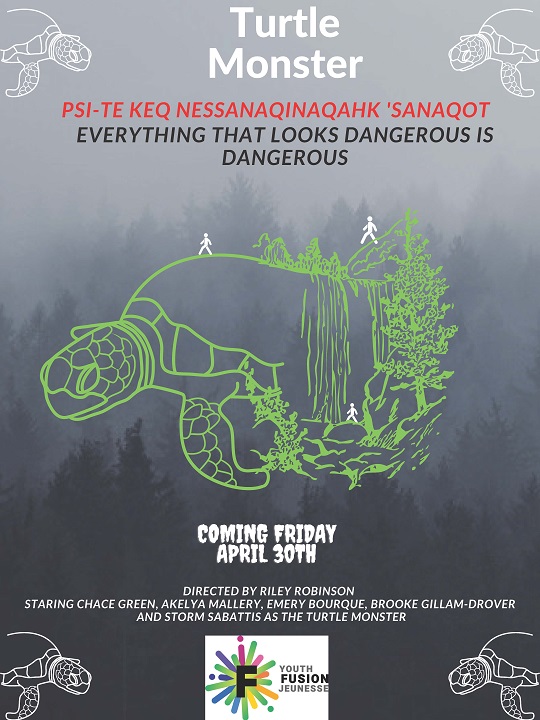 The Turtle Monster
Josh discovers a mystical turtle in the woods whom he visits to feed. This trip is interrupted by a group of kids who don’t believe the turtle exists.

When we brainstormed be the movement we knew we wanted to write about being near the waterfall on Oromocto First Nation. The water inspired us to be creative. We wanted to talk about kindness and respect for the natural world. We also wanted to include traditional legends, storytelling and worked with elders in our community. 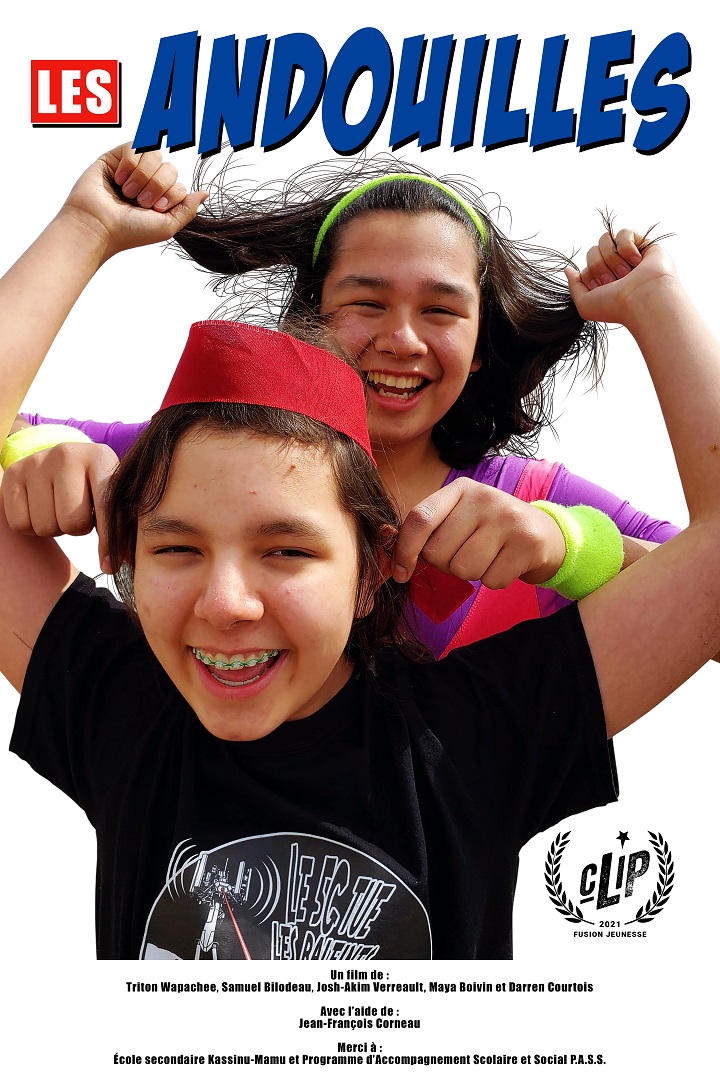 Les andouilles
Triton hosts a program on healthy living. After an argument with one of his technicians, Darenbo, he has to adjust the content of his show.

For the theme, we first made a list of definitions and synonyms of the word “movement.” From the start, we knew that we wanted to film some sort of capsule on healthy living and integrate a lot of exercises and movement. Then we decided to take it a step further by also seeing the movement as groups that have a collective point of view towards the same goal. At first, it was supposed to be a confrontation between “normal” people and conspiracy theorists, but we decided to tone down that aspect as not to add fuel to the fire. There are still signs of this in the final version where the characters have very opposite opinions on health. Lastly, we also wanted to send a little hope to those who are overweight by including a message from a colleague (and friend) who has achieved quite a feat of fitness.

We chose the movie “Les Boys” by Louis Saia as our reference to a Quebec film. There were several elements in common with what we wanted to create: humour, sports, friendship, rivalry… We targeted a scene from the movie and referred to it in three lines.